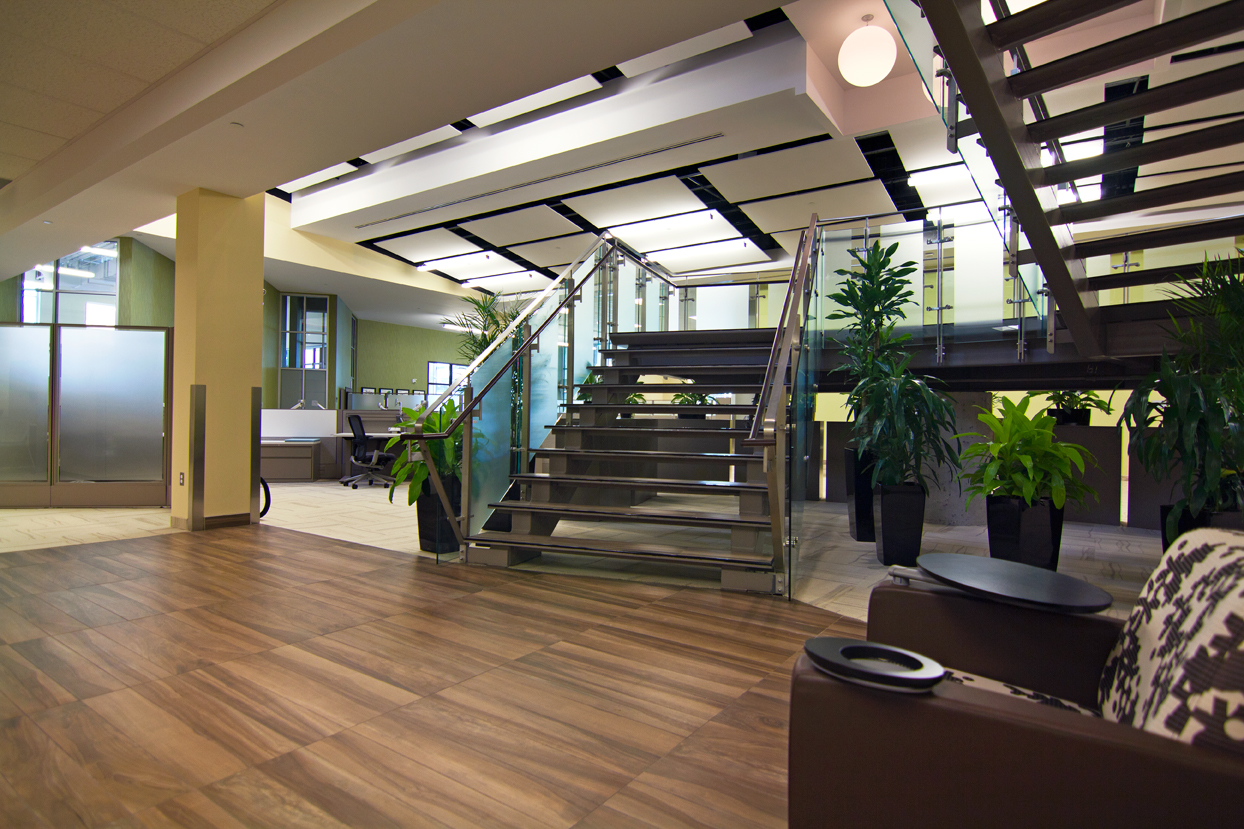 One complication on the project was the fact that the base building services had been installed to another tenant’s standards, which were not as inclusive as those required by Manulife. This required some revisions to the existing design and the addition of other component’s to satisfy Manulife’s higher standards. The owner had originally planned that this facility would be a temporary location occupied for fewer than five years, but as construction began they decided that it would likely be occupied for ten years or more. With that in mind, our team made revisions to the building facilities ranging from controls and humidification to the number of washroom fixtures in the building.