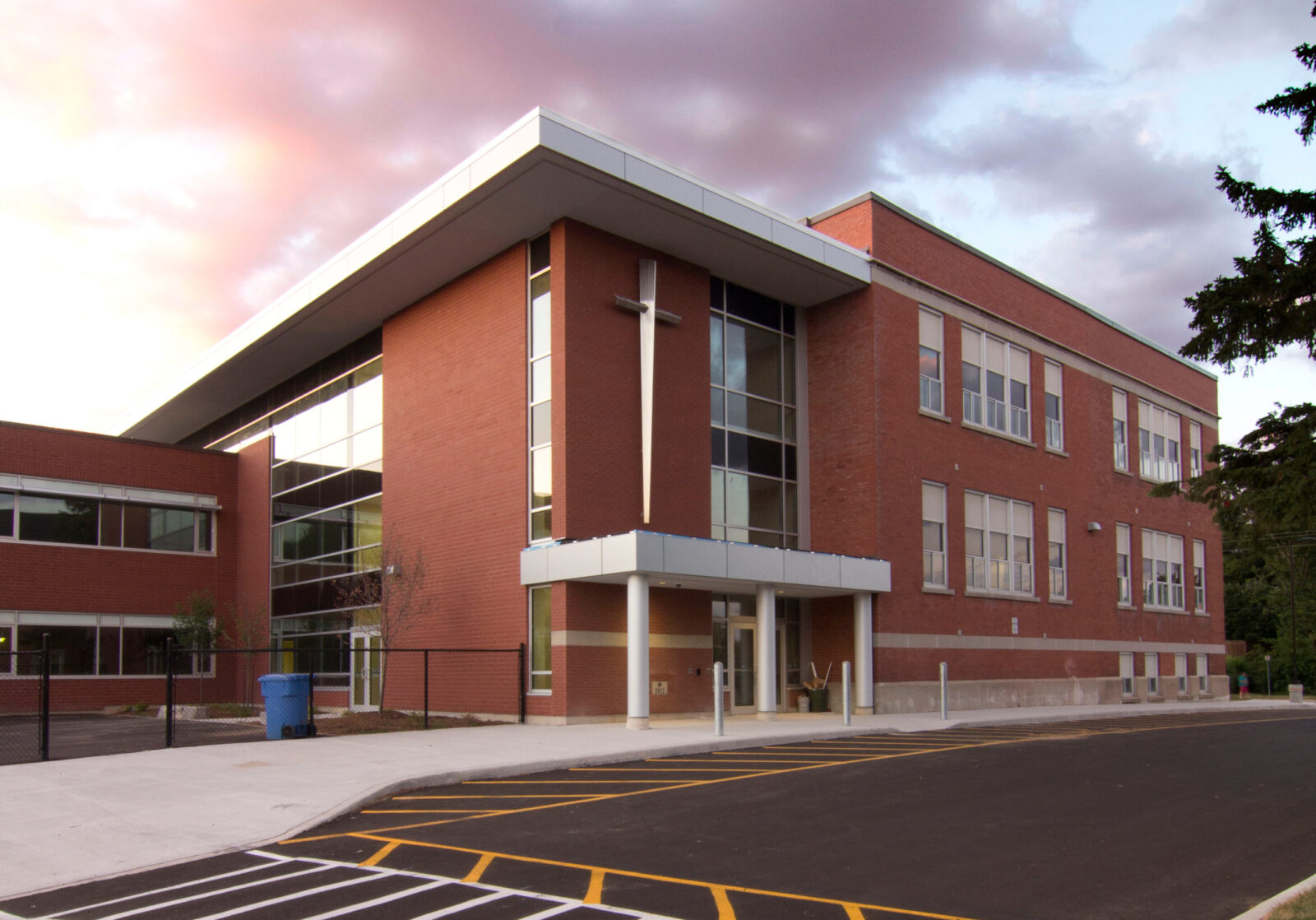 AEC provided Construction Management services for the reconstruction of St. John’s Catholic Elementary School, which was opened in 1929 and expanded in 1946, 1954, 1962, and 1967. While St. John’s is not a designated heritage building, the façade of the original building is considered culturally significant within the Kitchener community.

In the first phase of the project we analyzed the costs and benefits of retaining portions of the existing facility (while demolishing the remainder) or redesigning from the ground up, seeking the best balance between heritage aspects and the long-term viability of the school. Working with a large stakeholder group, we arrived at a solution that opened up the cramped interior and introduced barrier-free access throughout, while retaining the original 1929 façade. We demolished 15,500 SF of the building, completed an addition of 24,000 SF, and a renovation of 24,500 SF for a final gross floor area of 48,500 SF. Construction took place over 14 months, and St. John’s reopened at the end of the 2011-2012 school year.

Because it was imperative that the existing 1929 façade structure remained intact, we took great care to ensure it was not impacted by the new construction. Due to limited funds, we efficiently managed construction staging while controlling the budget.